Choroloco is an acoustic trio of Seattle musicians specializing in choro, a highly melodic and rhythmic form of Brazilian popular music that originated in early 1900’s Rio de Janeiro. We have recently expanded our repertoire to include classical and original music.

The musicians – Stuart Zobel (7 string guitar), Naoyuki Sawada (cavaquinho and bandolim), and Brandi Ledferd (pandeiro and vibraphone) came together in 2013, bringing their experience in Brazilian music as well as different musical genres such as tango and classical music to create a sound that appeals to lovers of instrumental music of all kinds.

Performing is just one part of Choroloco’s mission to share and promote choro. In addition to performing they also love to share choro with others by giving lessons and workshops and by hosting choro rodas (choro jams.) These include a residency at Seattle Pacific University, choro jams and guitar/rhythm workshops at the Bellingham Folk Festival, Seattle Folklore Society, and Wintergrass, and hosting the popular Seattle bimonthly choro jam since 2013.

Stuart Zobel is a guitarist and composer that emphasizes in Latin American and theatrical music. He has played, composed, and directed music for Seattle’s Moisture Festival, Fremont Players, Cirque du Flambe, among others. He keeps busy playing choro, tango, samba, and bossa nova, as well as teaching guitar and Spanish classes. 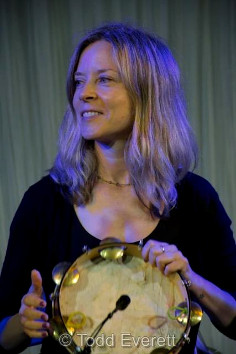 Since moving to Seattle in 1996, Brandi has been active as a percussionist. By day, she works as a library manager at a large global law firm – by night, Brandi is a performing musician.

Brandi plays many percussion instruments, mainly the vibraphone and pandeiro. She has played with many Brazilian folk and jazz ensembles in Seattle.

She has played drums for many years to accompany samba dance classes. She also appeared on drumset for the Fremont Players’ production of the British Panto comedy, “Rapunzelstiltskin” in 2016.  Brandi has also appeared as a guest with other local groups including Choro Tomorrow from Olympia, and Port Townsend’s Combo Choro.

As a classical musician, Brandi has performed in many orchestral settings, including the Northwest Symphony and the Puget Sound Symphony.

She has studied vibraphone, drumset, classical percussion, and African drumming. As for Brazilian music, she has been a frequent participant at Centrum’s choro workshop and California Brazil Camp.  She traveled in 2014 to study at the Choro Jazz Festival in Jericoacoara, in northeastern Brazil.

She has been known to do some teaching, including giving private lessons 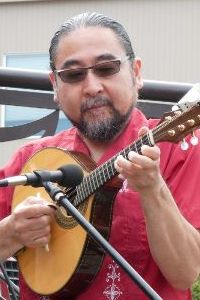 Seattle based composer, percussionist, multi-instrumentalist and music school dropout, Naoyuki Sawada, has been involved in and passionate about Brazilian music for over 20 years. He moved to New York City from Japan to attend music school, then dropped out and started his professional career as a percussionist with a New York based Brazilian dance company and toured domestically for three seasons. The knowledge of the Brazilian rhythms and the sensitivities he gained from this experience plays an integral part of his compositions and musical performances. He’s been focused on playing and composing Choro music (Vintage Brazilian Jazz) for the past several years, and performing with Choroloco.